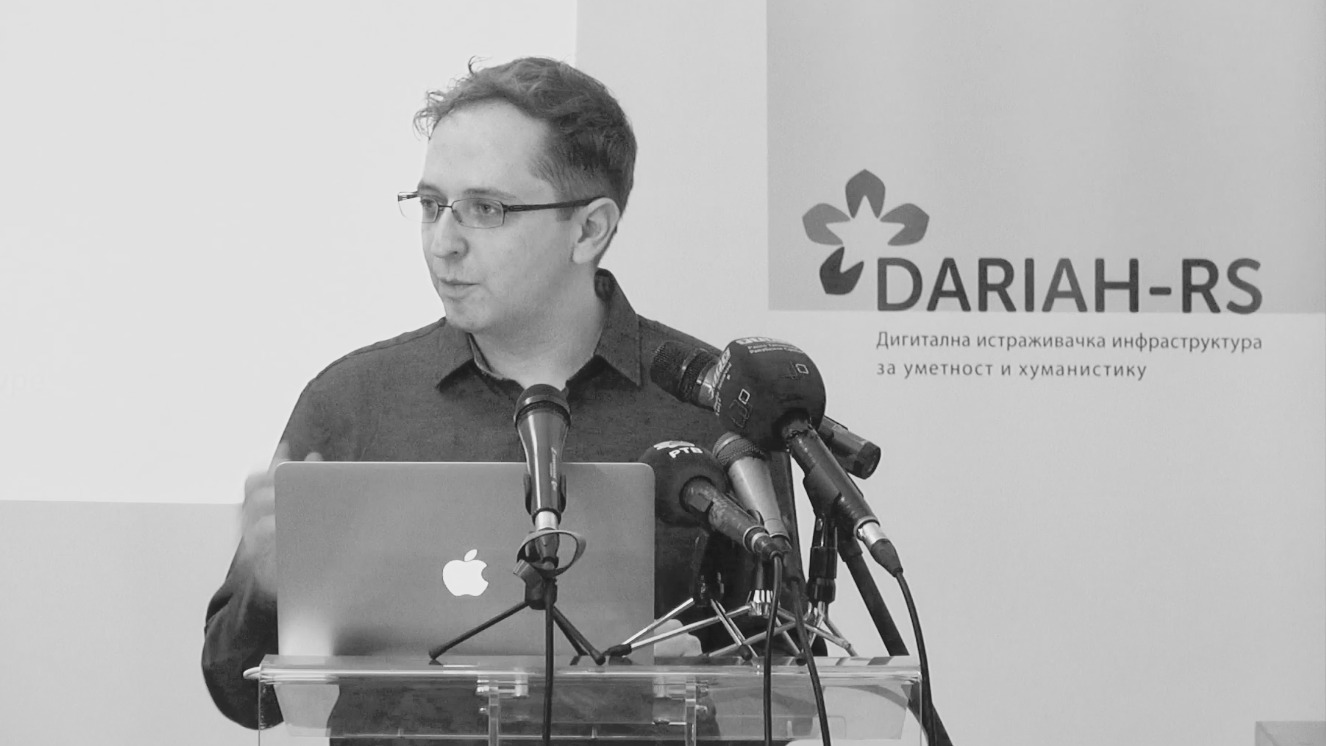 Toma Tasovac is Director of the Belgrade Center for Digital Humanities (BCDH), National Coordinator of DARIAH-RS and Chair of the National Coordinators’ Committee at DARIAH-EU. His areas of interest include lexicography, data modeling, TEI, digital editions and research infrastructures. Toma serves on the Advisory Board of Europeana Research and CLARIN-DE/DARIAH-DE Technical Board. He is also a Steering Group member of the European Network for eLexicography (ENeL) and the European Network for Combining Language Learning with Crowdsourcing Techniques (enetCollect). Under Toma’s leadership, BCDH has received funding from various national and international granting bodies, including Erasmus Plus and Horizon 2020.

As part of the Ambassadors Network, Toma will work on promoting DARIAH in potential member countries by:

1) delivering a talk on DARIAH and participating in a roundtable discussion at the Summer School in Advanced Tools for Digital Humanities and IT (Borovets, Bulgaria, 11 September 2017);

2) delivering a talk on DARIAH and participating in a panel discussion on the perspectives of regional cooperation at Central European University (Budapest, Hungary, 21 September 2017);

3) delivering a talk on DARIAH and participating in a session on open research infrastructures at the Jerusalem Conference on the Digitisation of Cultural Heritage (Van Leer Institute Jerusalem, Israel, 13 – 14 November 2017)

By continuing to use the site, you agree to the use of cookies and google analytics. more information